For your overnight stays, workshops, seminars or an event in the Centre of Work. 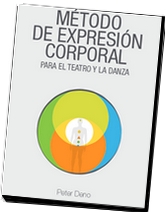 PARKS OF STUDY AND REFLECTION

The Parks of study and reflection are gateways to the mental world of the Profound.

In the Parks, a set of studies and practices which allow access to experiences of contact with hidden internal dimensions are carried out.

That depth cannot be captured by the language or the categories of space-time in which we believe we live. However, in particular circumstances, it becomes accessible, manifesting or erupting in experiences that move our consciousness and change our lives decisively. We experience that which has no name but does have meaning  contact with an unfathomable profundity where space is infinite and time is eternal. Although brief, these experiences are of great consequence because they give us meaning, joy, and fulfillment.

Since ancient times we human beings have perceived the trajectory of our life and its finiteness. We ask ourselves where we've come from and where we are going, and we experience the search for meaning, while also feeling the need to overcome pain and suffering. And every time human consciousness has managed to glimpse the profundity of the Mind, inspired answers have arisen and great forces have been released. The rapture of falling in love, the inspiration of artists, and the ecstasy of the mystics, all have their source in those common depths. The great religious and spiritual currents that have grown through history were also born from these sacred experiences.

In different historical moments, different people and cultures have translated human interiority as diverse and, on occasion, opposed poetic or mythical landscapes. Nevertheless, all of them have their concealed center of gravity in the Profound. On this planet of ours, in which societies are rapidly becoming globalized, it will be precisely that renewed experience of contact with the transcendent which could foster a recognition and spiritual encounter between the peoples of the world.

The Parks of study and reflection are places for meeting and for the spreading of a new spirituality that rejects all forms of violence and discrimination; a spirituality that appeals to that sacred dimension of the human mind to find freedom and meaning. Every human being, no matter their beliefs, may participate in this emotional, moving and experiential path.

For many, these Parks become places that translate a time and space loaded with meaning.

There are regions of the mind which have special meaning, and when we connect with or access these regions, a great internal commotion is produced. They are regions with psychic charge, located at a certain height and depth in the internal space. So, for example, many legends spoke of mythical cities, places which were home to the deepest aspirations. When they spoke of a city of the gods, which the heroes of many peoples strove to reach; when they spoke of a paradise where gods and humankind lived together in transfigured original nature...

Every people has their allegories, and it could not be any other way, since these are translations of non-representable meanings made with the raw material of the corresponding cultural landscape at a given time.

These internal places are related or occasionally coincide with external places that then take on sacred characteristics because of the importance they have for us, according to each person's culture. That is why we make pilgrimages to them in order to receive the psychic charge accumulated there. In these places, we want to be better, more connected with ourselves and with others.

The Parks of study and reflection that are appearing on all the continents signal the search for, and expression of, the sacred; that is, of the best aspirations of the human being who today is preparing to awaken from a profound sleep.

A new civilization is being born and will go acquiring its representation in the world, which will be the translation of that profound reality.